His artistic preferences took him to the Art Academy in Dusseldorf, where he studied from 1890 to 1895. His training focuses were figure painting, ornamentation and decoration. His study time was not completely worry-free. He rejected the learning methods and often came into conflict with his teacher why he interrupted his studies. At that time he joined a student artist association called "Tartarus". There he got his nickname, which accompanied him throughout his life: "Mining".

His father died unexpectedly. The legacy allowed Heinrich Vogeler a carefree artistic life. He traveled extensively: to Bruges, Paris, Dresden, Florence, Ceylon. Vogeler also inherited a thatched smokehouse with Flett in Worpswede-Ostendorf. In 1894 he visited his fellow artists in Worpswede (municipality in the district Osterholz in Lower Saxony). Together with the painters Fritz Mackensen, Hans at the end, Otto Modersohn, Fritz Overbeck and Carl Vinnen he founded in 1895 "Artist Association Worpswede". Their works were exhibited at the annual exhibition of works of art of all nations in the Munich Glass Palace, where they caused a sensation. During these years he worked in pre-Raphaelite Art Nouveau. Vogeler preferred dark colors and Bible motifs. During this time, his best-known painting "Summer Evening" was created.

His house in Worpswede became the meeting place for the left-wing intellectuals. Even before the First World War, he enjoyed the social reformist commitment and campaigned for the interests of the working class.

Vogeler was also known for his romantic craft drawings and book illustrations: "Pomegranate House" by Oskar Wilde and fairy tales by the Brothers Grimm , From 1899 Vogeler designed illustrations for the newspaper "Die Insel" in Munich.

In 1908 Vogeler founded the "Worpsweder Werkstätte" for furniture construction together with his brother Franz. During this time Vogeler experienced an artistic crisis. His works were not so much taken up by the audience. He even wanted to emigrate, but the outbreak of war in 1914 thwarted his plans and he applied as a war volunteer. 1915-1917 he was employed in Southeastern and Eastern Europe, where he worked as a military painter. In the course of his service, he was considered more critical and, nevertheless, more critical. After the publication of a postal letter and the peace bird "fairy tale of the dear God" on 23 January 1918 to the German emperor he was released from the military service. In 1920 Vogeler traveled several times to the Soviet Union, learned the way of life as well as the Communist and socialist philosophy of idyllic coexistence know. His second wife Sonja Marchlewska also helped in 1931 he made the decision to emigrate there. Vogeler worked as a traveling painter on behalf of state Soviet agencies. He supported the construction of a true socialism, was involved in anti-fascist projects.

His style of painting developed throughout his life under the different influences: from Art Nouveau to Expressionism to the political, realistic motives in his late years.

The invasion of the German Wehrmacht into the Soviet Union was followed by deportation for many German immigrants. In 1941 he was forcibly evacuated to Karaganda (Kazakhstan). In exile, the artist suffered from severe health problems and extreme hardship. On June 14, 1941, he died exhausted and suffering in the hospital.

ALL ARTISTS OF ARTWORKS FROM THE 20TH CENTURY »
Images per page: 75
Image view:  Shop | Gallery 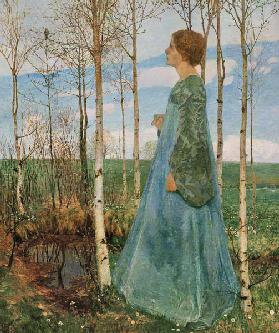 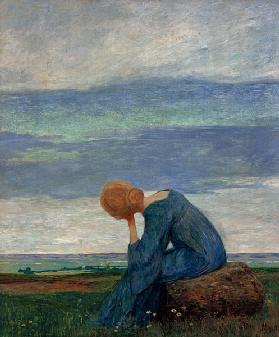 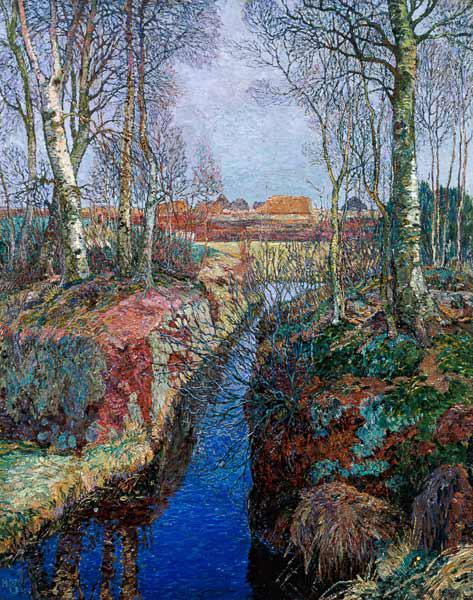 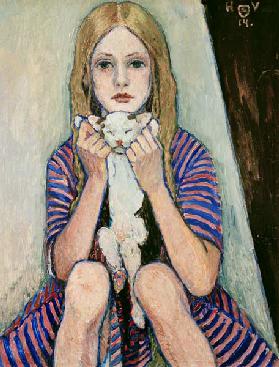 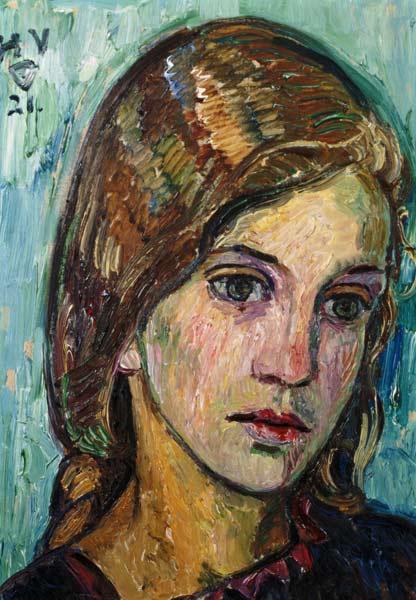 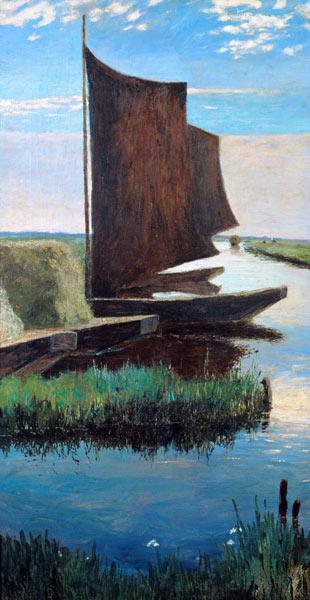 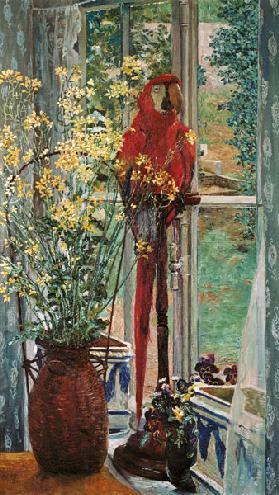 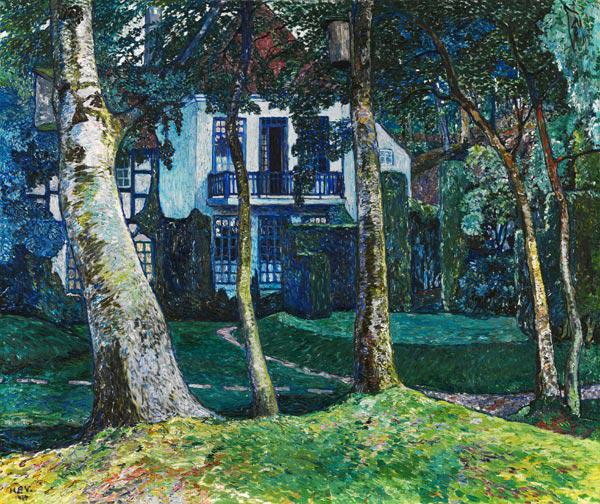 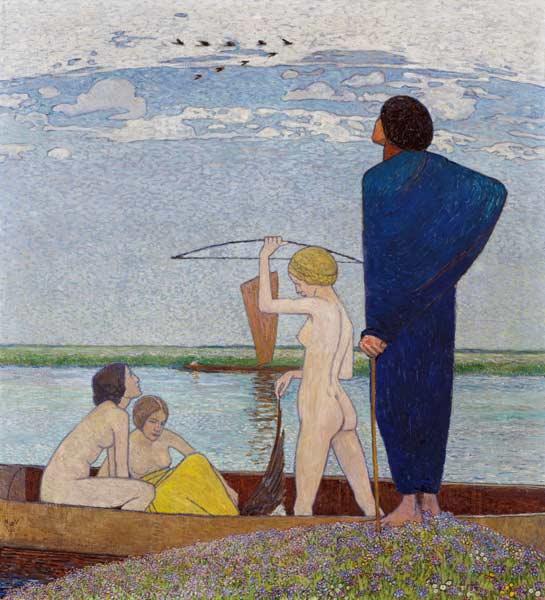 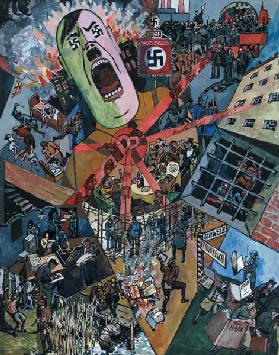 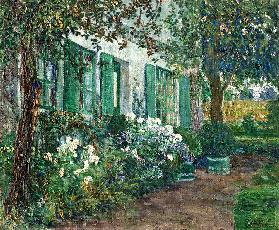 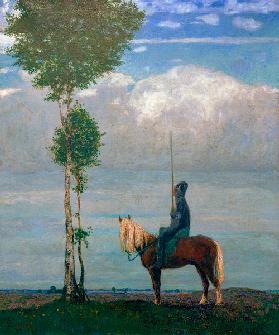 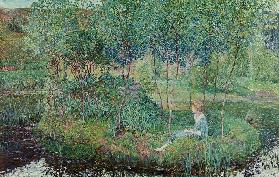 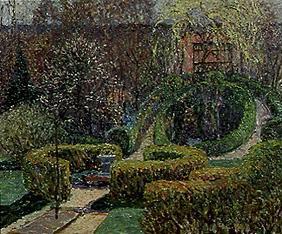 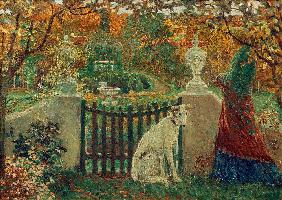 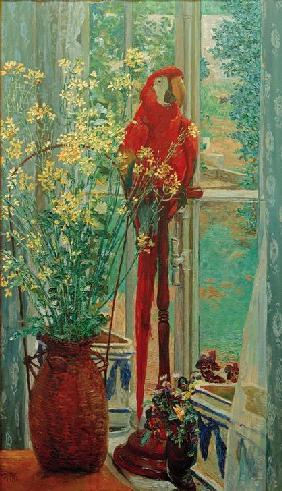 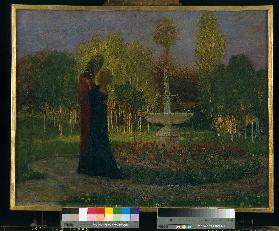 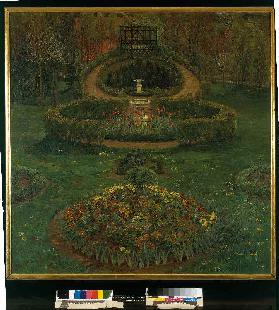 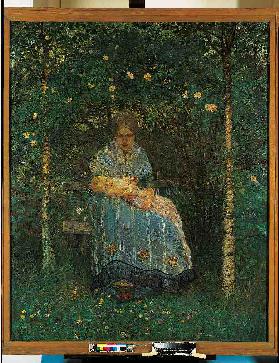 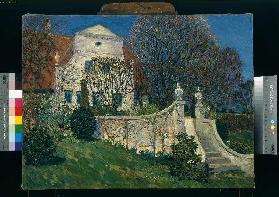 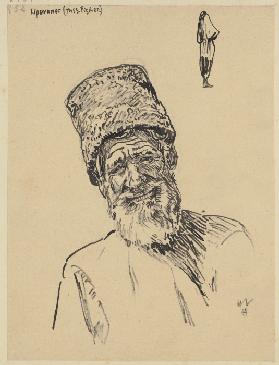