Poster painter influenced by the atmosphere of Montmartre

Jules-Alexandre Grün was born in Paris on May 25, 1868. He was a French painter, illustrator and poster artist and the last great artist of the Belle Époque. The artist is also said to have given a second life to lithography. His teachers were Jean-Baptiste Lavastre, a famous theater decorator at the Paris Opera and Antoine Guillemet, a renowned landscape painter.

Grün lived in an artists' neighborhood in Paris and sold his illustrations and satirical drawings to magazines to earn a living. He collaborated with the magazines "Cocorico" and "L'Assiette au Beurre." The artist enjoyed painting portraits, still lifes and Parisian street scenes. He also made very successful interiors, decorations and sets for theaters and cabarets.

In 1892, Jules-Alexandre Grün began his career as a poster artist, receiving numerous commissions to create posters for popular shows, including those for Moulin Rouge, Le Carillon, and Le tréteau de Tabarin. His brightly colored posters held their own against Jules Chéret, the most famous and prolific poster painter of the era.

His entire body of work includes some 2,000 posters, most of which he designed in his Paris studio at 31 Boulevard Berthier. Grün exhibited at the Salon des Artistes Francais in Paris in 1887 and was then ranked as a member of the committee and jury. He was made a Knight of the Legion of Honor and also received the Merite Agricole (the French Order of Agricultural Merit).

Jules-Alexandre Grün died of Parkinson's disease, but the date of his death remains disputed. According to some sources it was February 15, 1934, for the official documents of the Paris Salon - January 24, 1938, while others say 1945.

ALL ARTISTS OF ARTWORKS FROM THE 20TH CENTURY »
Images per page: 100
Image view:  Shop | Gallery 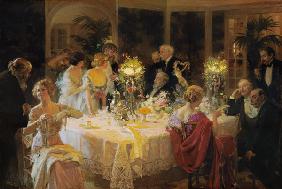 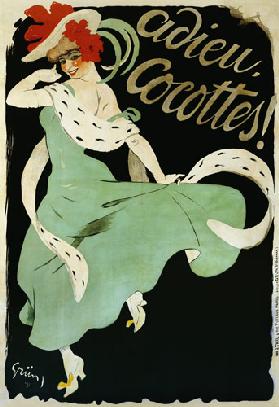 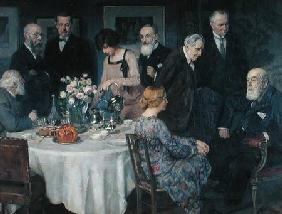 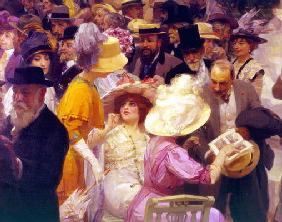 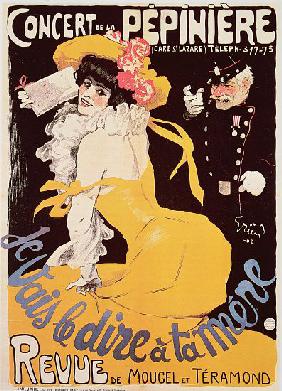 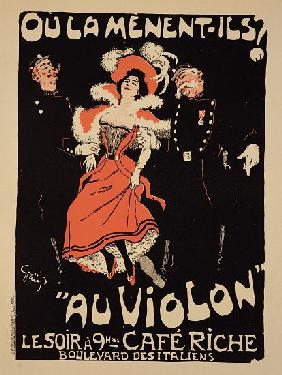