Son of Jewish parents, Marc Chagall was born on July 7, 1887 in the Belarusian town of Vitebsk. He attended he Art School of Yehuda Pen and felt in love with the realistic painting style of his teacher, but he also studied photography. After a short time at St. Petersburg Art School, he had a dispute with one of his teachers and left the school. In 1907 Chagall came back to in St. Petersburg at the Swansewa School at Lew Semjolowitsch Bakst. In 1909, he met his future wife Bella Rosenfeld, a friend of his sister. Bella and Chagall's daughter, Ida, was born in 1916. Between 1910 and 1914, he lived in Paris, where he changed his first name to Marc and became familiar with Cubism and Fauvism. Chagall returned to Russia and married Bella. With its revolutionary ideas, he received the opportunity to exhibit his works in progressive galleries in Russia. After the revolution in 1917, he started working at the Art Commission of Vitebsk until 1919, and founded an art school in Vitebsk. Due to tensions in his hometown, he left this in 1919 and moved to Moscow, where he worked as a fresco painter, before he returned in 1923 to Paris to become a book illustrator. After 1950, Chagall began creating decorations and stained glass windows.

The surrealist work of Chagall pictures a dreamlike atmosphere, enhanced by the choice of bright colors. Chagall died in 1985 in Saint-Paul-de-Vence in Nice, where he had his permanent residence since the 1950s.

Page 1 of 1
All artists by Classic modern art » 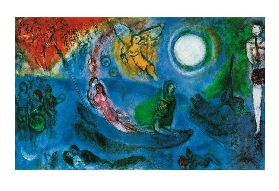 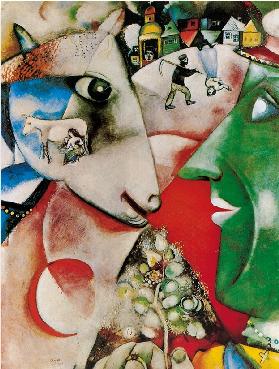 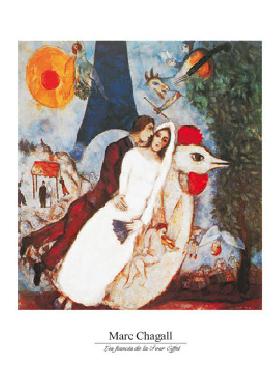